It’s impossible to live in Japan without bumping into a volcano or two.

There are currently 110 active volcanoes (volcanoes that have been active/still are active in the past 10,000 years) in Japan, of which 47 are under 24-hour surveillance. That doesn’t mean that they are all billowing ash and lava at the moment, of course. It just means that they have a higher chance of erupting in the near future.
Volcanoes tend to wreak havoc when they erupt. They disrupt the lives of the people in the surrounding area, sometimes stop air traffic, and bring up health issues. I still remember seeing the news of how everyone had to evacuate Miyake-jima when a volcano there erupted in 2000.
But there is a plus side to volcanoes as well, if you can believe it. These volcanoes are one of the reasons why Japan has such an abundance of fresh water. The volcanic ash is also known to be rich in minerals that help fertilize the soil. And of course, the amazing onsen experience would not be possible without volcanoes!
One more thing about volcanoes is that they make beautiful geological maps! (Yes, this is where I was heading all along!)
The maps are bright and colorful due to the many layers of different types of rock units on volcanoes. I’ve always loved geological maps. Even in high school, despite not learning a thing in my earth science class, I was drawn to the flow of shapes and colors in geological maps. If I had payed more attention, I may have realized how gorgeous the maps for volcanoes were! (Kids, studying IS important!)

Have you ever climbed a volcano? What do you think of these maps? 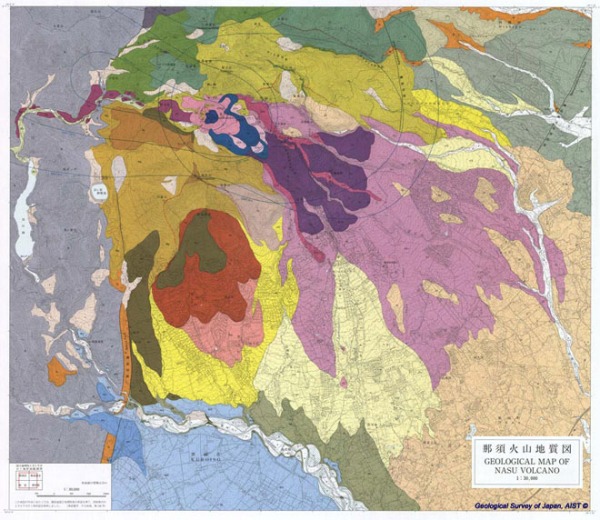 My personal favorite, this is Nasu-dake (那須岳), which is near the Alpaca farm and Onsen Shrine. 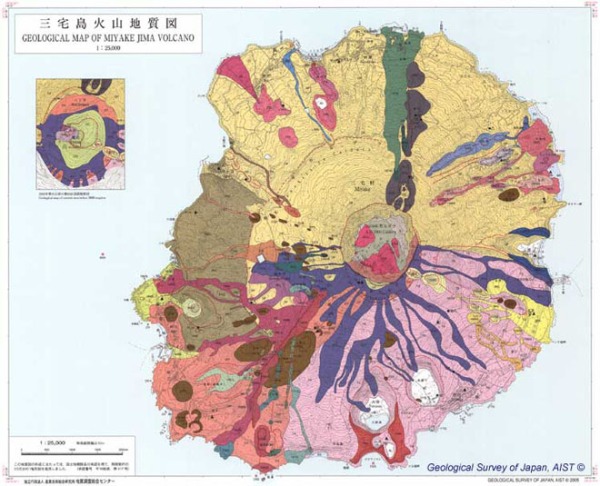 This is Miyake-jima (三宅島), where parts of the volcano are still off limits due to poisonous gas. 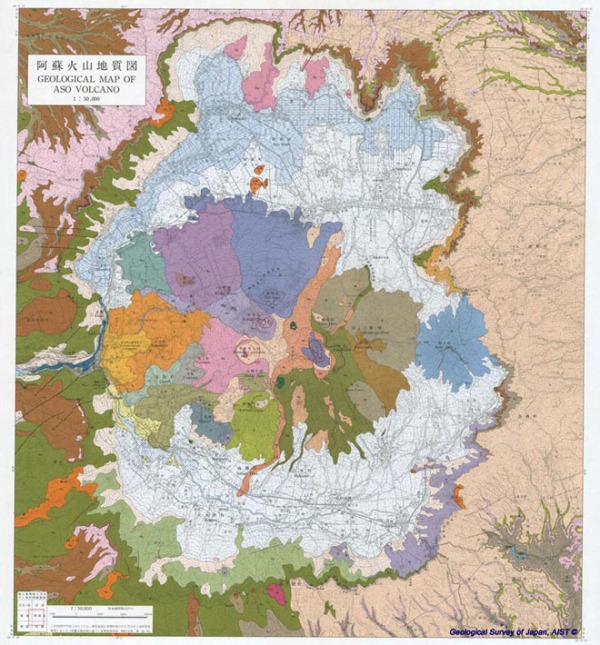 Mt. Aso (阿蘇山), famous for its caldera form, is a popular tourist spot in Kumamoto.

Mt. Kirishima (霧島山) is right by Sakura Sakura Onsen and the garden cafe in Kagoshima. 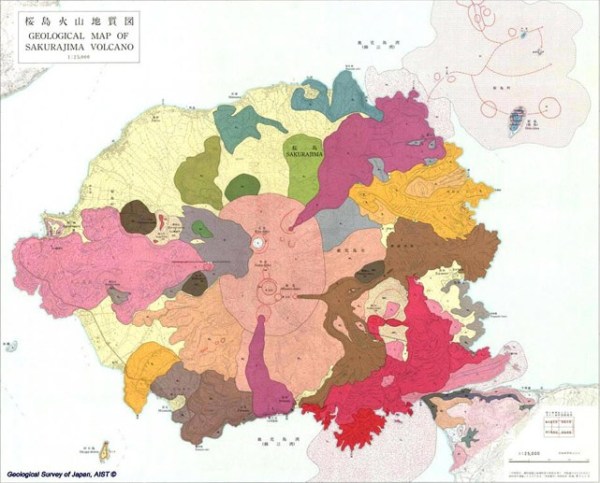 And this is the ever active Sakura-jima (桜島), which you can see from downtown Kagoshima.

8 thoughts on “The Geological Maps of Volcanos in Japan”