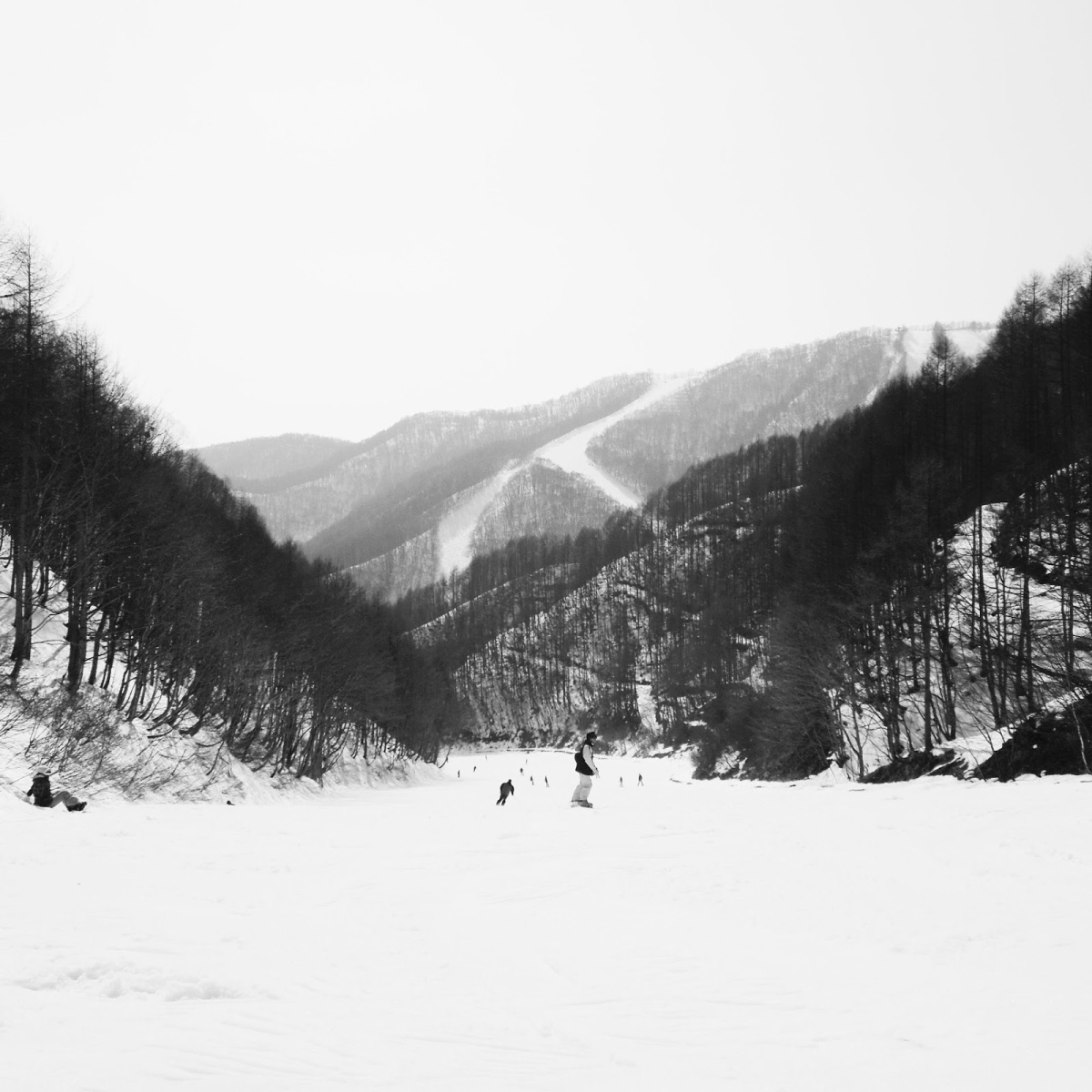 I was up in the mountains the last weekend of February and it was fantastic! Well, maybe not when I nearly cracked my kneecaps from my lack of snowboarding skills…but other than that? It was all good. And you know what, I hadn’t seen this much snow since my last snowboarding trip so I didn’t even mind wiping out in the snow!

Other than that it was pretty much work work work. But it’s that time of year and I don’t mind. The big presentation I mentioned last month went really well. Really really well. I am so relieved it’s over. But at the same time I hope this kind of challenge comes more often so that I can get used to it and it’s not such a big hurdle every time.

Are you excited for March?

It’s going to bring on the spring allergies in full force but that never gets me down. Because the world is finally alive and warm again! Everything is starting to bloom and I am loving it! Get your picnic blankets and drinks ready for hanami season!

Wishing you all a lovely start to spring! xx

– How awesome is this?

– I want these words on my wall.

– These earplugs are too cute.

– Hmmm, is this not a thing already?

– Ways to move past embarrassment.

There is never a bad time to eat ramen. But everyone knows that it’s especially good on a chilly winter day, which is exactly what we did!

We were in Omiya, a city in Saitama that I rarely go to, for my sister’s wedding dress fitting. It was so much fun seeing her in all kinds of dresses! I took tons of pictures from every angle so she could review the fitting, but I am unable to disclose them due to part superstition, part too many to go through. So I thought I’d share where we went after the fitting!

Negijiro Ramen is located on the west side of Omiya Station, which is a bit more quiet than the other side. I’m not really familiar with this area, the last time I was here was in high school, but apparently it is considered a competitive ramen district by those who are “in” on the ramen scene. Obviously I am not one of them, but I happened to have a friend who recommended Negijiro Ramen if ever in Omiya.

It was our first time there, a tiny shop with maybe 10 or 12 seats around the counter. We all ordered Shoyu Ramen (soy-sauce based ramen), which is one of  two most popular dishes, the other being their Tsuke-men (ramen noodles with a separate bowl of soup). Every order came with a small plate of boiled vegetables, which is not only filling, but very healthy, too.

The shoyu ramen was so delicious, the perfect combination of thick-ish noodles and light soy-sause soup, with a hint of pepper. And I didn’t even have to add an egg to it, I love when it’s part of the original menu!

What do you think? Will you try this ramen? 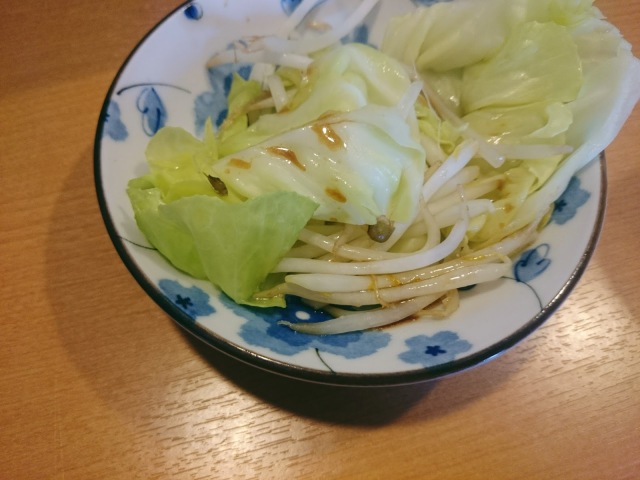 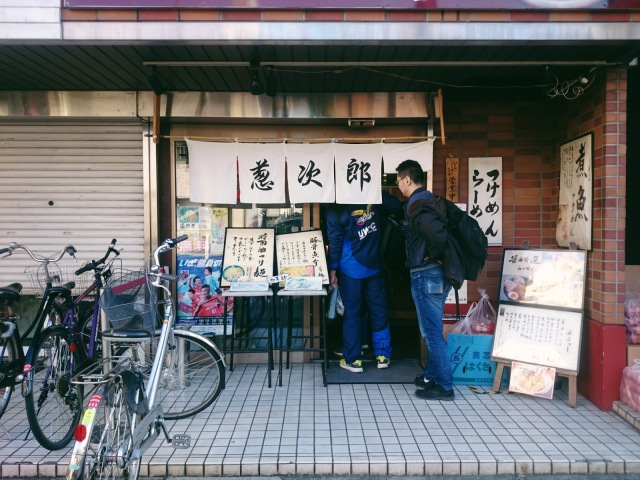 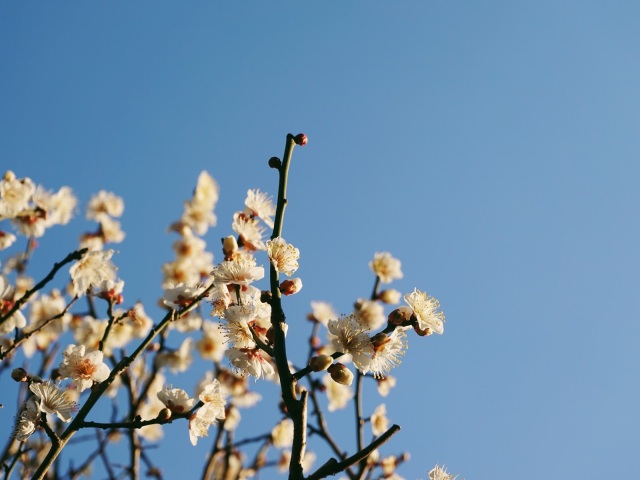 They came a little early this year.
Ume blossoms against the blue sky is one of my favorite things in the world.
And also very hard to find sometimes in this mass jungle of buildings in Tokyo. Many houses have plum trees in their yard but the buildings or telephone poles/lines always get in the way. Which is why I was giddy to find ume blossoms by a river with nothing blocking the blue sky!
So pretty, don’t you think? x 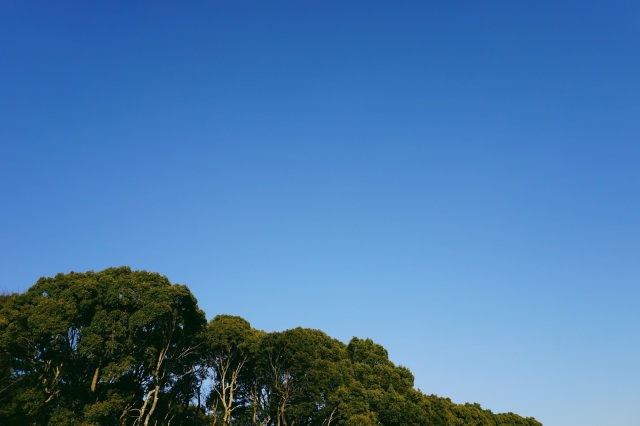 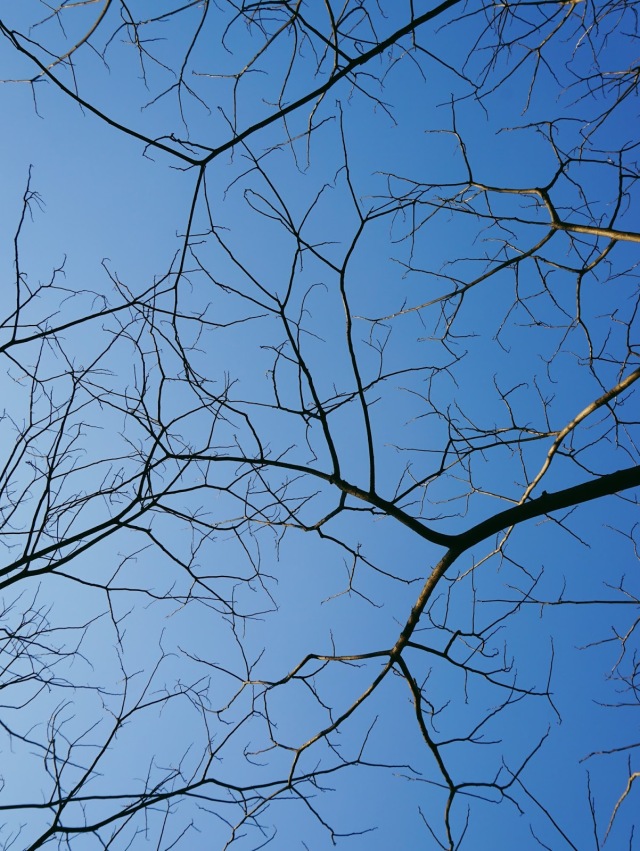 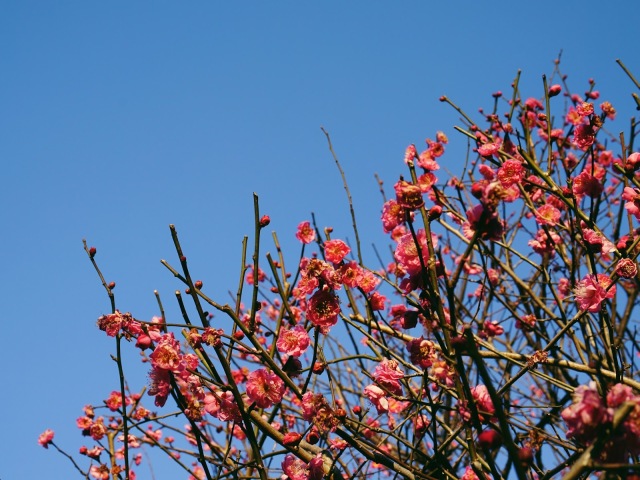 Has spring sprung in your neighborhood? 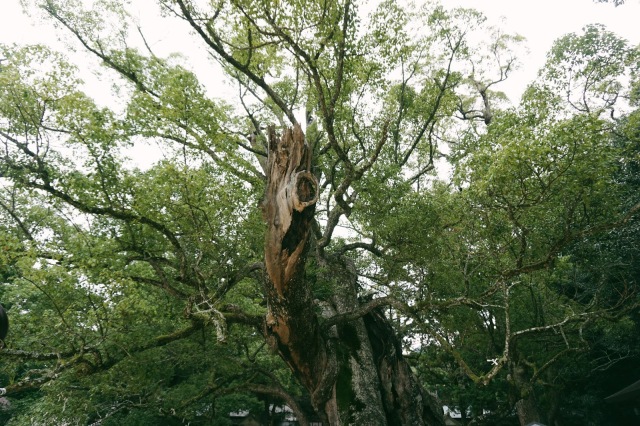 Isn’t this tree magnificent? It stands front and center on the grounds of the Oyamazumi Shrine.

Located on the island of Omishima, Oyamazumi Shrine is said to have been built in 594. It is the head shrine to over ten thousand Yamazumi and Mishima shrines throughout Japan and many come to pray to Oyamazumi-no-kami, the God of mountains, sea and war.

The shrine itself is surrounded by many camphor trees, but there is one you can’t miss. Said to be over 2,600 years old, it stretches its branches across the sky from where it stands in the center of the shrine grounds. It even has a name, “Ochi-no-mikoto-oteue-no-kusunoki (乎知命御手植の楠),” so you know it’s pretty special.

It may have been due to the surrounding trees but the grounds of the shrine felt very quiet, even though there were many people about. We unfortunately didn’t have time to visit the Treasure museum, which looked really interesting. I’m hoping I can visit some day. Apparently in the ancient days, whenever someone won a war after praying for victory at this shrine, they would gift their armor as a tribute to the Oyamazumi God. So they have quite the collection here, many which are designated as a National Treasure. I’ve heard rumors of a body armor that may or may not have belonged to a female.

Also, if you’re in Japan, you may have heard of Hitori-zumo (一人角力), an important match where a sumo wrestler goes against the Spirit of Rice (稲の精霊). The outcome is said to have an affect on the year’s harvest. Good thing so far the Spirit of Rice has won every time 😉

Here are some photos: 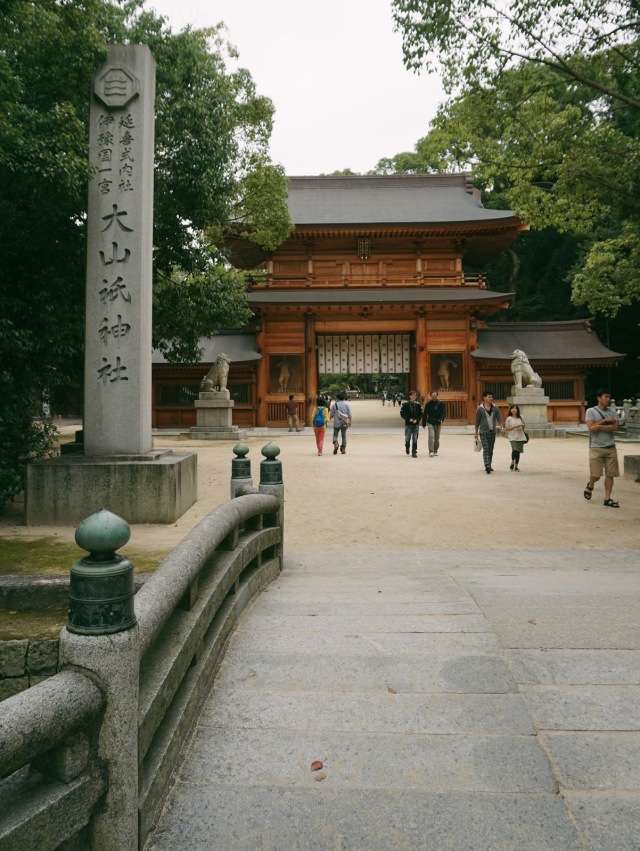 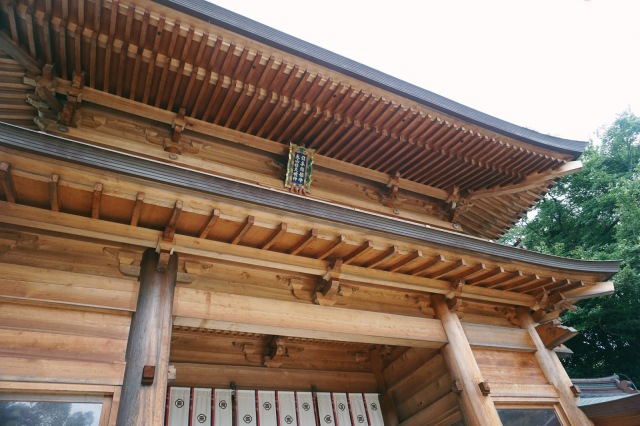 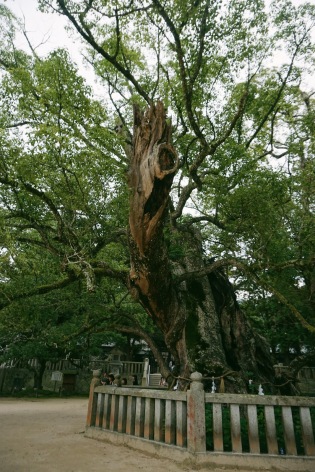 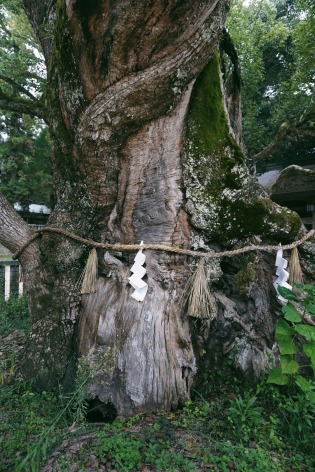 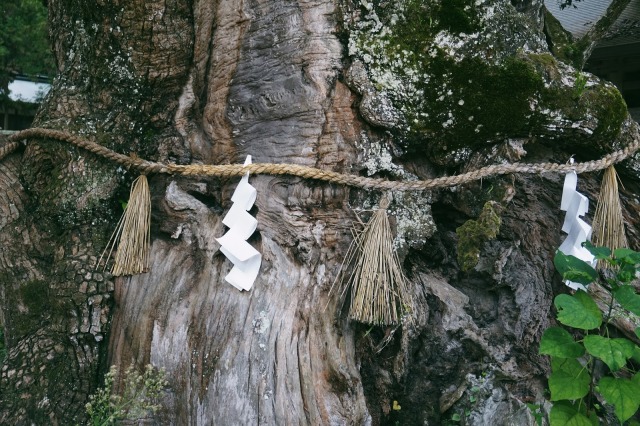 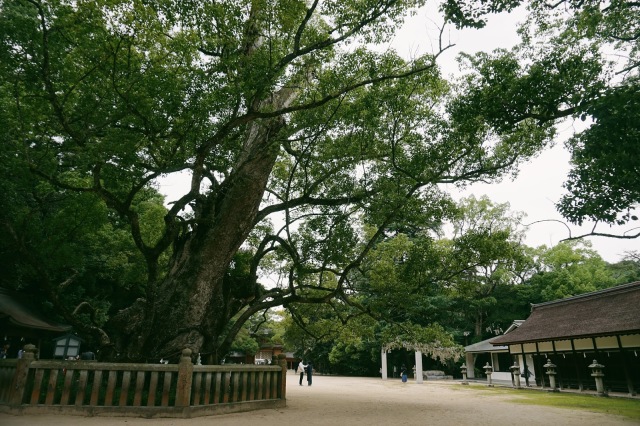 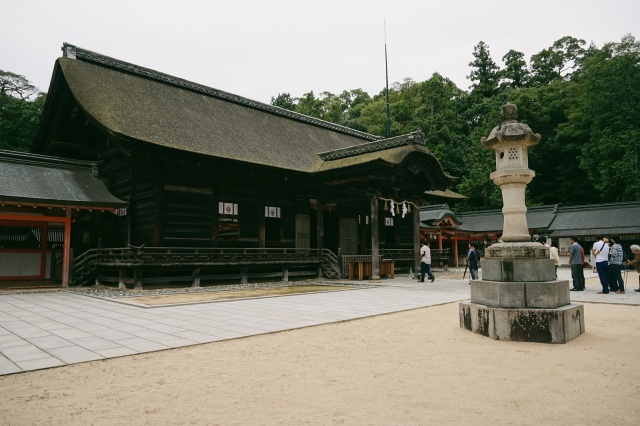 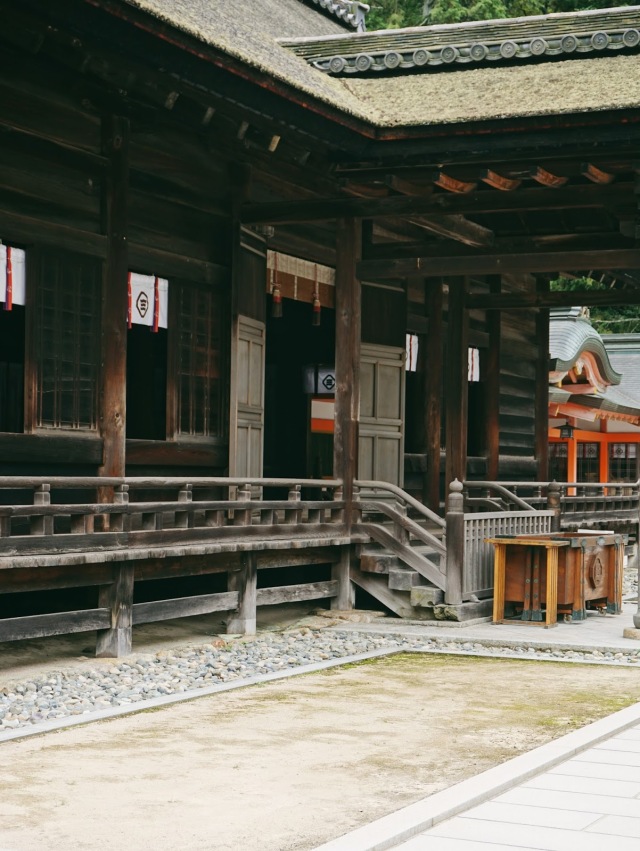 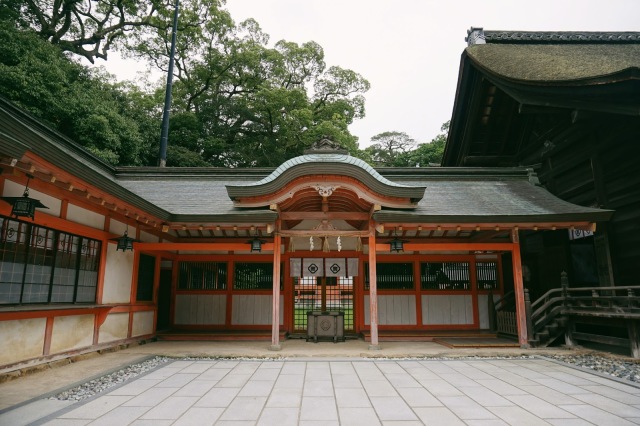 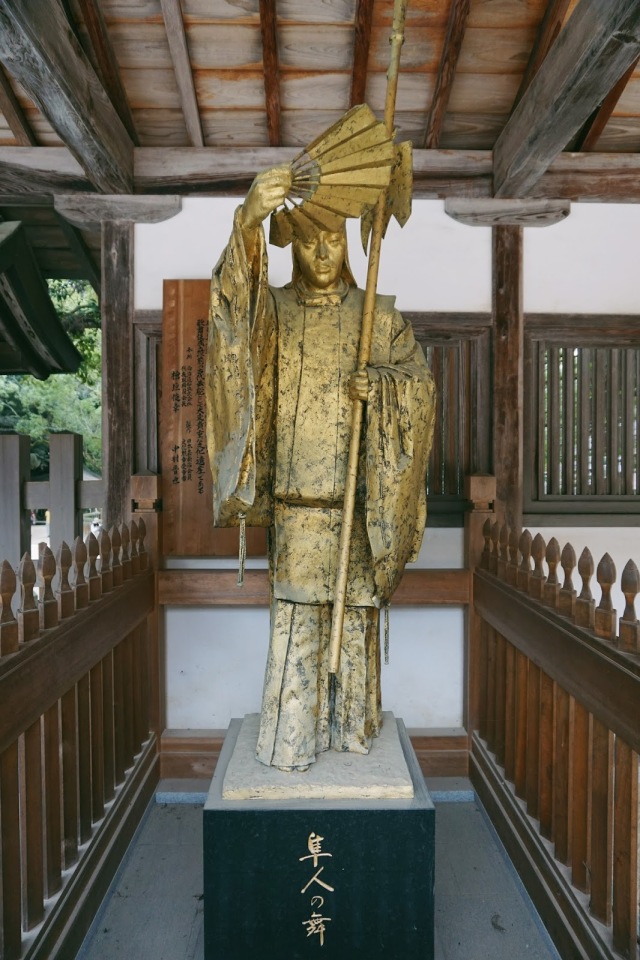 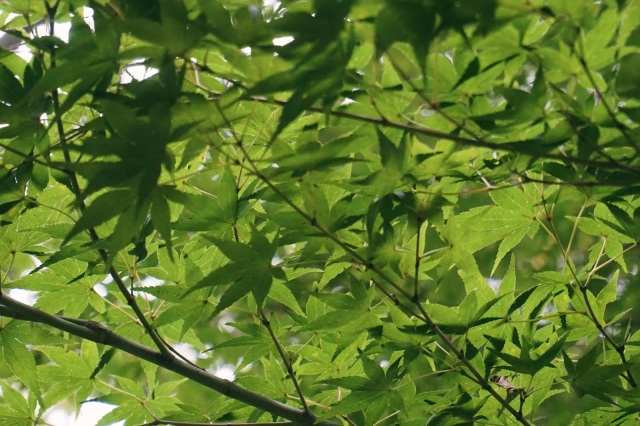 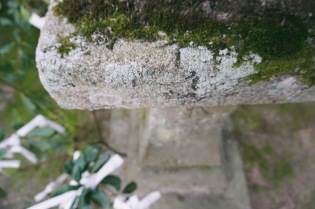 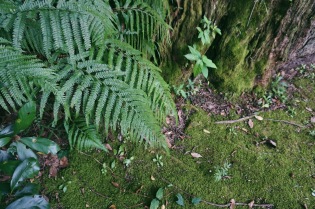 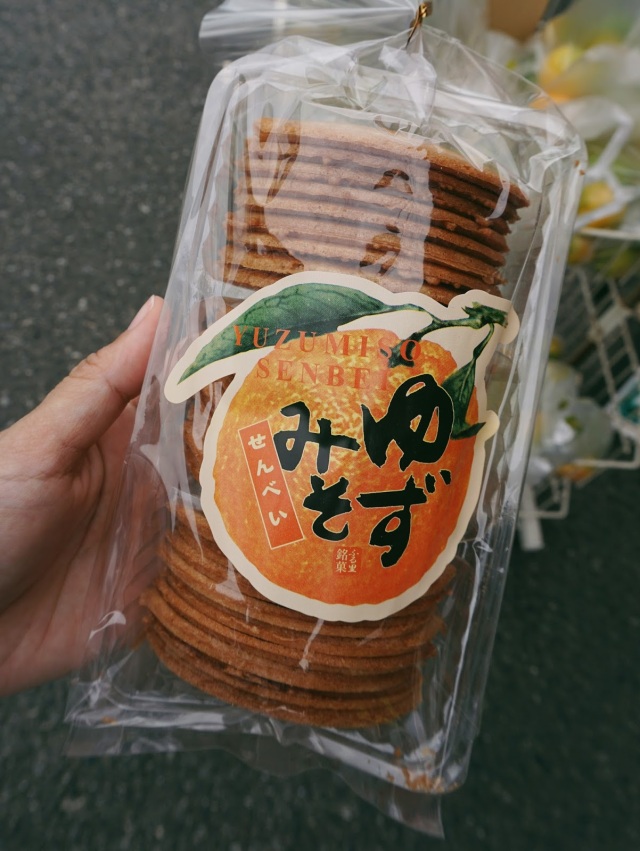 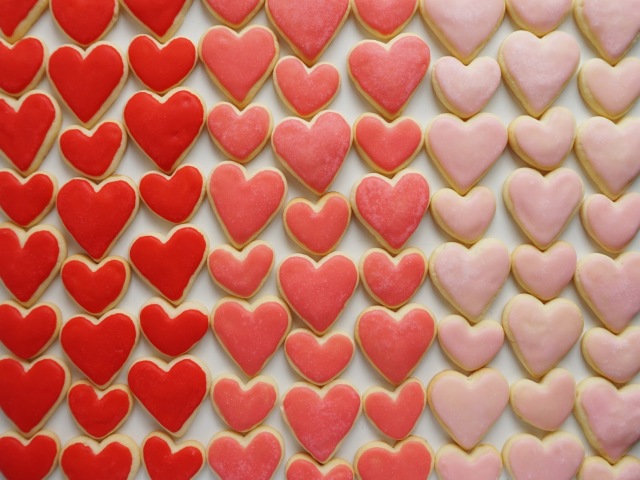 Nothing calms the soul like baking.
Every year I bake something sweet and make homemade cards for a certain few who feel that store-bought Valentine’s Day chocolates are not meaningful enough for them. I have the quirkiest coworkers.
This year, I decided on bite size sugar cookies and had tons of fun with the frosting. What is it about gradations? I just love it.
If you’ve ever made frosted cookies, you’ll know that frosting cookies can be time consuming. Even more so if you don’t have professional frosting gear and have to use a butter knife. At the same time though, the quiet time just frosting one cookie after another can be quite therapeutic.
Especially with Mairi Campbell singing in the background 🙂
Happy Valentine’s Day! 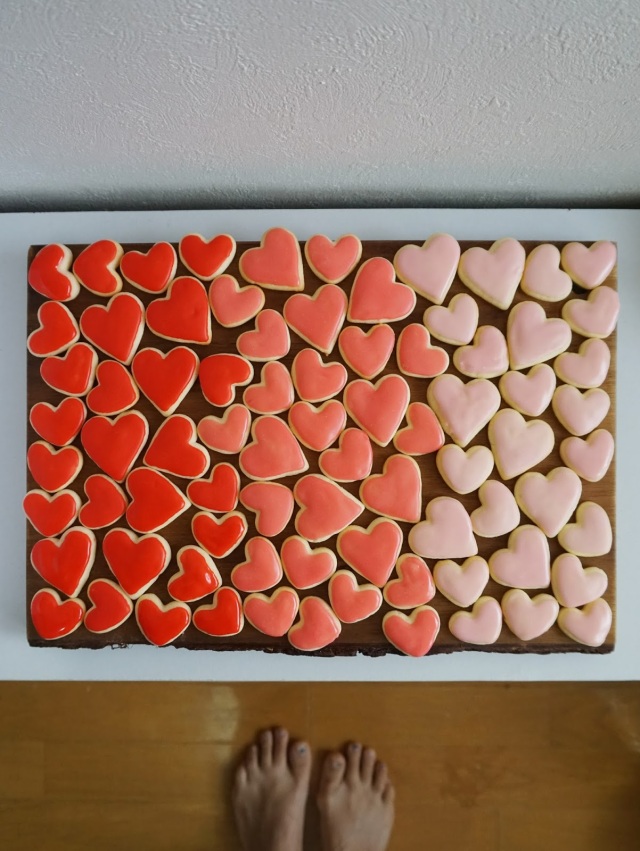 What is your favorite cookie recipe? I’d love recommendations! I now have a new obsession.