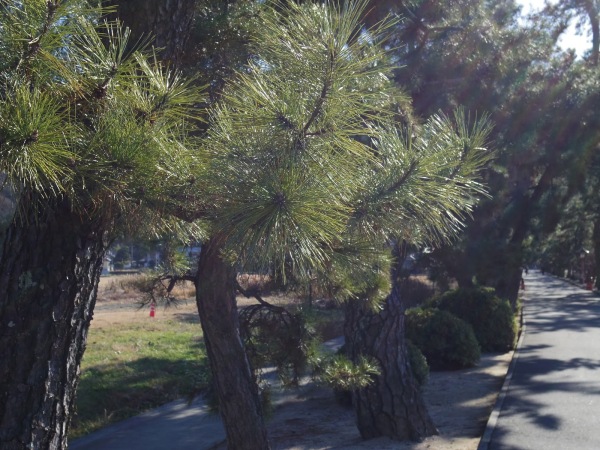 I’ll start this post with a warning…there are going to be a lot of photos!
On my way back home to Ehime via Okayama, I took a quick detour to Kibitsu Shrine (吉備津神社). It is located a quick walk from Kibitsu station on the Kibi Line, which is about 15 minutes from Okayama Station. As you can tell from the names, Kibi was an ancient province of Japan which is primarily the current Okayama prefecture and parts of Hiroshima, Kagawa, and Hyogo prefectures.
Kibitsu Shrine is a prominent shrine in the ancient Kibi province. The enshrined deity is Oh-kibitsuhiko-no-mikoto (大吉備津彦), who is said to have been a model for the Japanese folklore Momotaro (read long-version here or short-version here).
Other reasons many people stop by this shrine is to lay their eyes on the row of tall pine trees, which are the largest in Okayama prefecture, that lead you to the shrine entrance. They’ve been standing there since 1974 and I imagine they’ve seen many people pass under them.
Some come to take in the massive main shrine, which was rebuilt in 1425 during the Muromachi era. Let me tell you, it is ginormous. It doesn’t look like it when you are climbing the steps, but when you walk out to the open area to the side, you can see the unique hiyoku-irimoya-zukuri (比翼入母屋造) roof, which only this shrine has in Japan.
So many things to see.
But I personally was there to take a walk down the long long corridor that leads from the main shrine to the gokuden (御供殿). It was built to fit the natural incline of the land and it is over 360 meters long. It was a beautiful corridor made of wood and it was a lovely spot to take a morning stroll. It was quiet because I was mostly by myself, although there were local people and tourists here and there.
It’s places like this that although we are all there for different reasons, you feel a connection with them because you’re all in the same location. I love it when you can learn something about the place from the local people. This time, two old men explained to me how they were getting ready for the new year, although it didn’t seem like they were doing anything. Just sitting there and chatting 😀
It was perfect. Here are some photos: 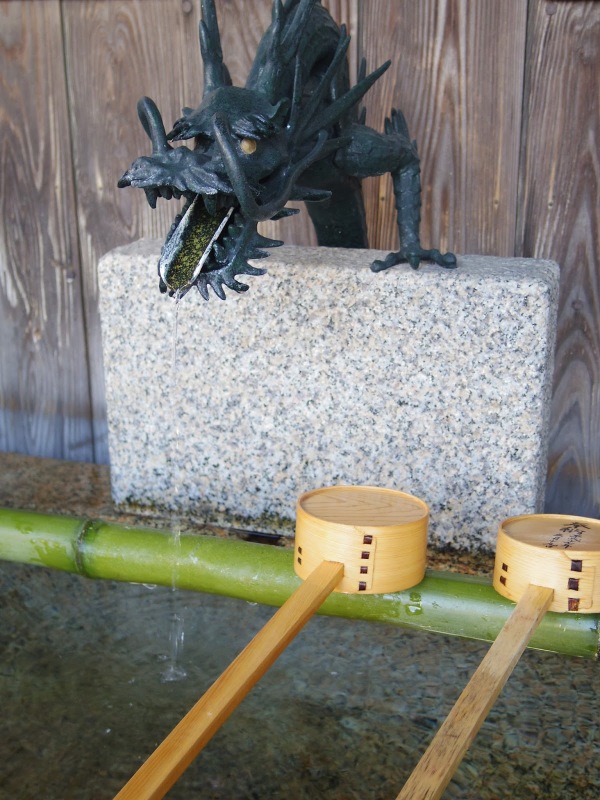 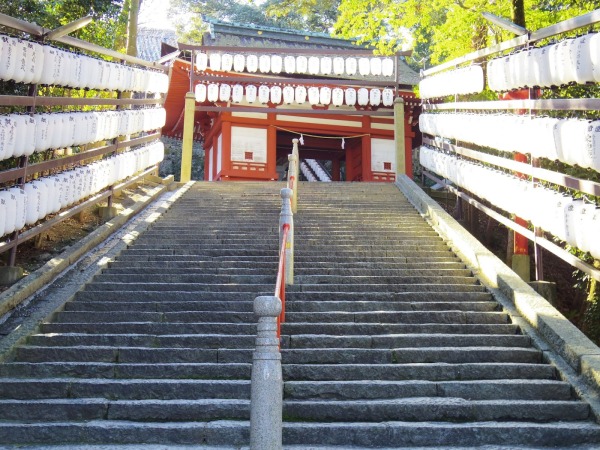 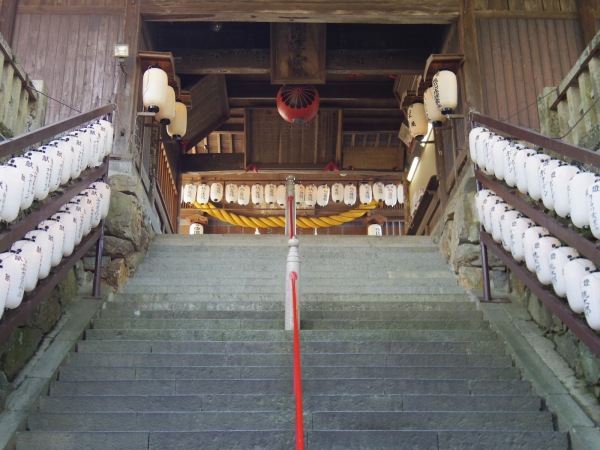 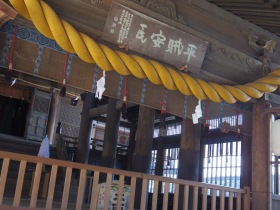 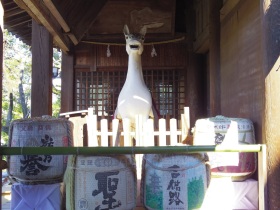 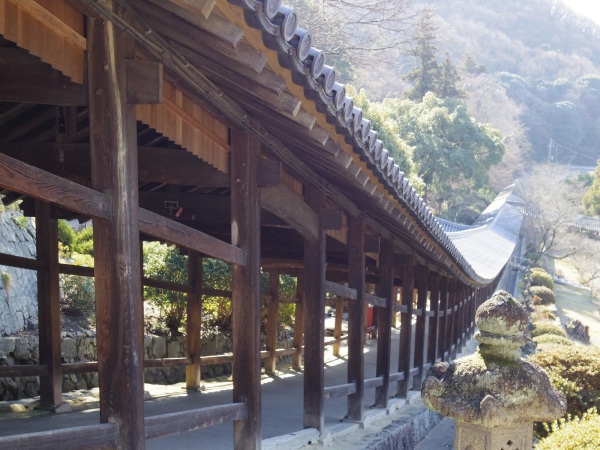 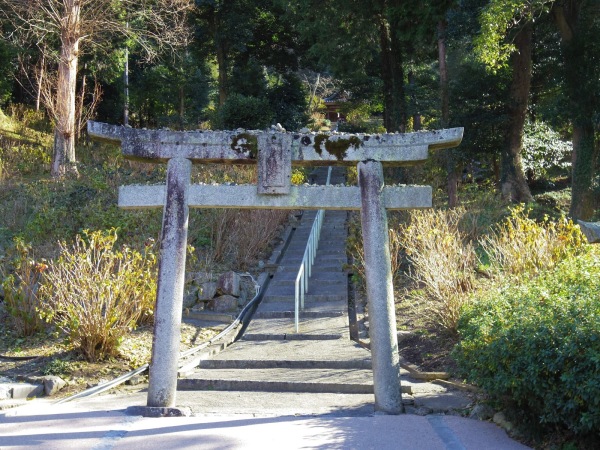 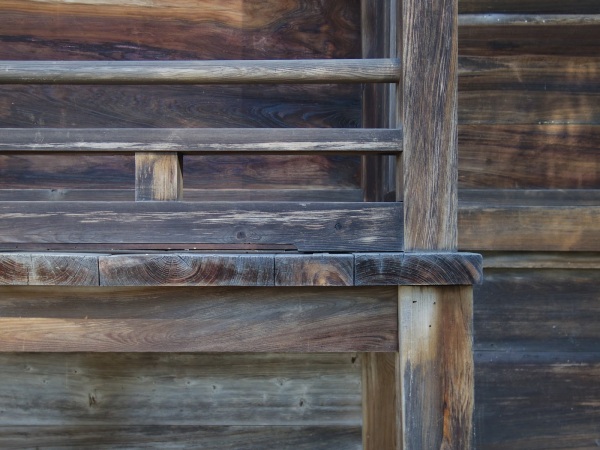 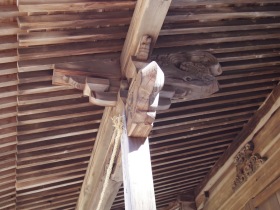 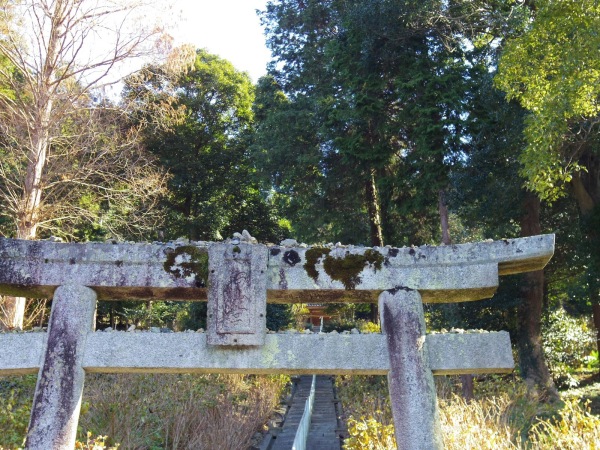 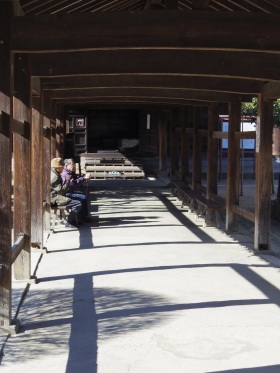 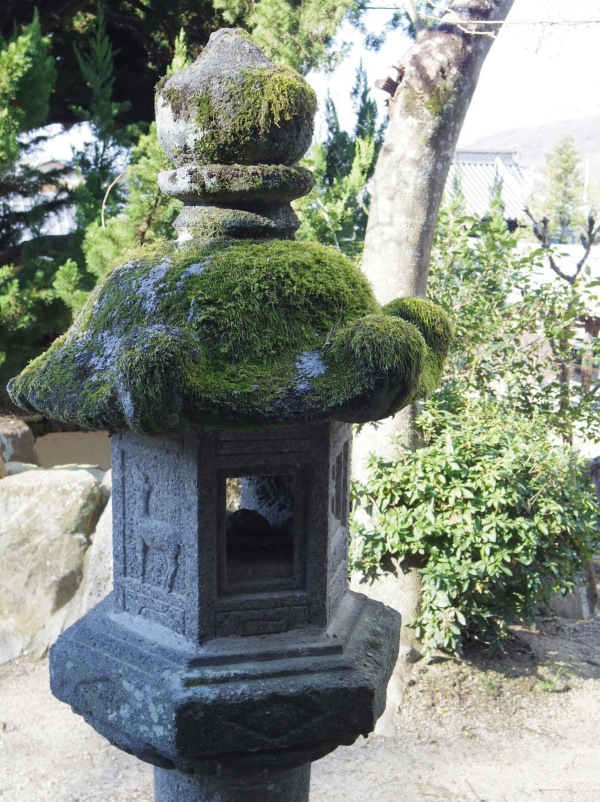 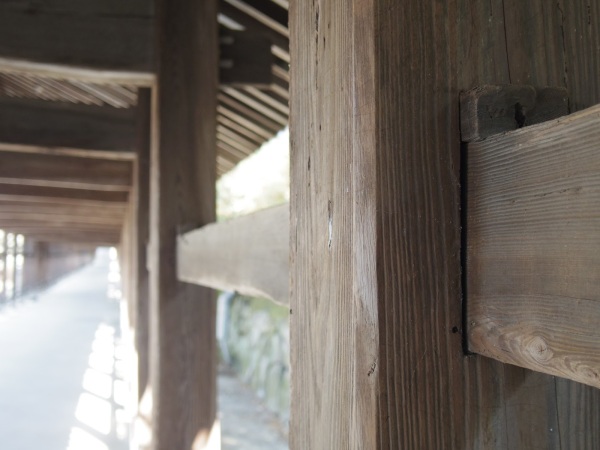 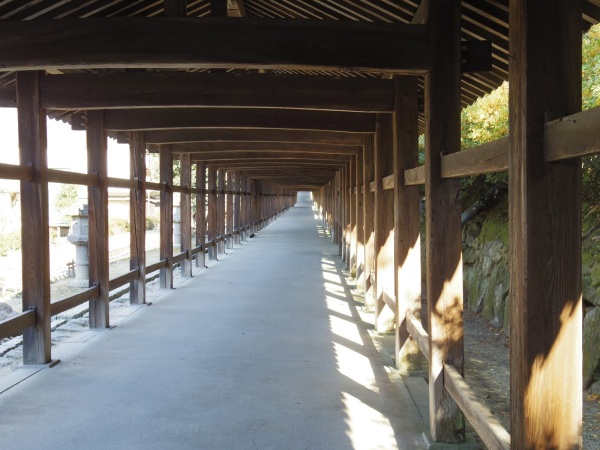 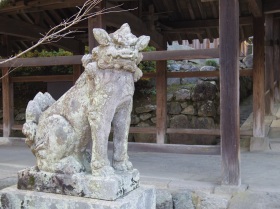 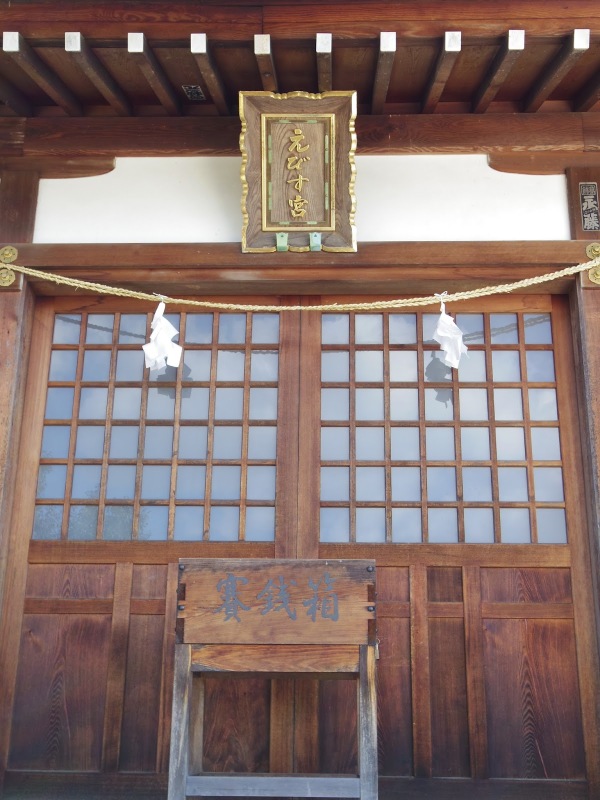 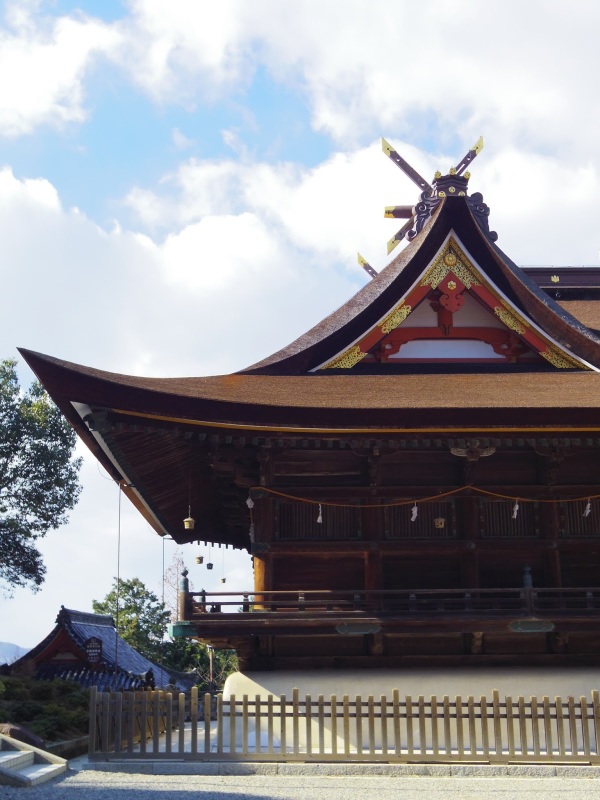 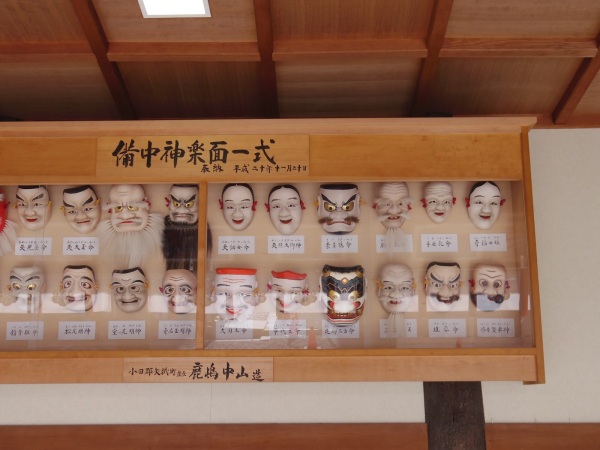 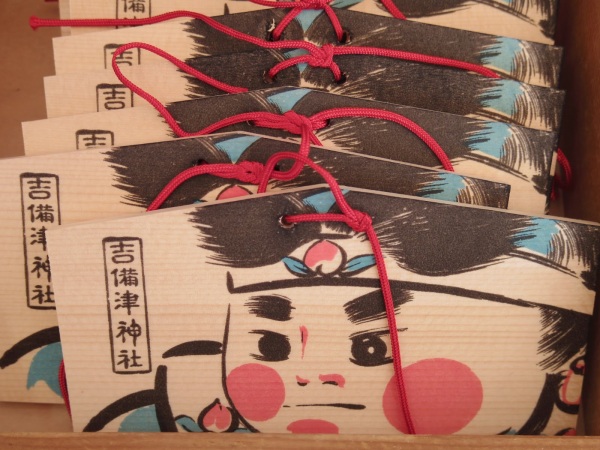 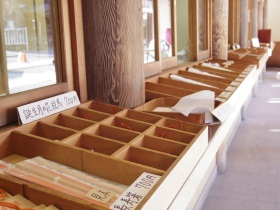 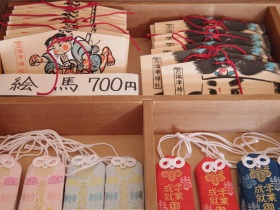 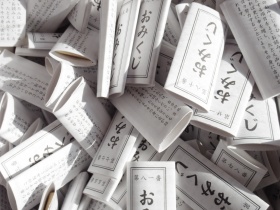 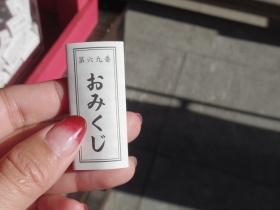 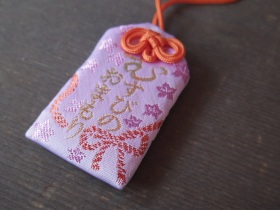 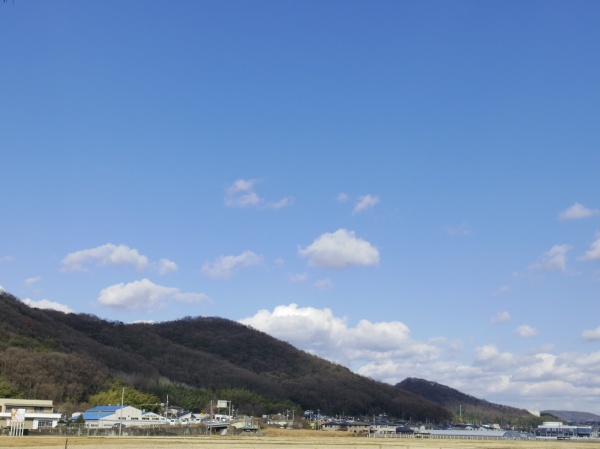 PS:
I would write little comments for each picture to give you a better idea…but I have a 38C fever (which is great because I’m way past the headache and body hurting stage and I’m just really really hot). So I hope you’ll forgive me for not responding earlier to the comments.
This year is my yakudoshi, so it makes sense this year is getting off to a rocky start.
Hope you are all keeping healthy and warm! xx

The Japanese word Kisei (帰省) means to travel back to our hometown or where our family is.
This new years holiday I traveled back home to Ehime by way of Okayama airport. Ehime prefecture actually has their own airport in Matsuyama, but because Ehime is only accessible by airplane, the tickets always sell out very quickly. So our other option is to fly into Takamatsu airport, which is in the prefecture next to Ehime and take the express train. But the express train actually goes from Ehime to Okayama and you need to change lines when coming from Takamatsu airport.
Thus my decision to fly in from Okayama airport. And lucky me, the tickets to Okayama were super cheap (apparently it has to do with the price competition between shinkansen and flights)! So my kisei this time ended up being a flight (1hr 15min), a bus ride (25min), a train ride (2hr 30min), and a short walk (15min), which I surprisingly enjoyed. Well, maybe not the bus ride. But the view from the airplane and train ride was fantastic!
For those of you who do not live in Japan, to put it simply, going to Ehime via Okayama is sort of like going to New York via Canada (with an emphasis on sort of) 😉
Here are some pictures of my kisei I took on my cellphone:

Getting ready to board with my book and mocha chai latte.

I always melt a little when I see the pilot in the cockpit wave to little kids in the airport.

In the bus from Okayama airport to Okayama station.

Okayama prefecture is famous for the folklore Momotaro.

The JR Kibi line from Okayama station…isn’t the train handsome?

My ticket from Okayama station to Kibitsu station.

The great thing about rural lines is that you have time to snack on dorayaki during the train ride.

Okayama has the cutest manhole covers.

Just a short walk from Kibitsu station is Kibitsu Shrine, famous for this gorgeous corridor.

The koma-inu’s silly laugh had me giggling all the way home.

After a two and a half hour train ride, I was greeted by a lovely sunset.

You know you’re in Ehime when there is an abundance of mikan to eat…good to be home. x