For those of you who do not live in Japan, you probably don’t understand why every one heads to A&W when in Okinawa. That is because we don’t have A&W stores outside of Okinawa, which has a total of 26 stores throughout the island. This island has a lot of influence from all the U.S. bases located here.
Root beer is actually not the most popular drink in Japan. I think half of the people think “Hey this isn’t beer!” and the other half are like “Yuck, this tastes like medicine!” Well, it kind of does taste like medicine. But I love root beer floats. They make the world a better place. As do those curly fries…yum!!!
So this is my sister, our high school friend, and I hanging out at the A&W they have at Naha Airport. It’s funny because we all live in the greater Tokyo area but we ended up catching up in Okinawa 😀 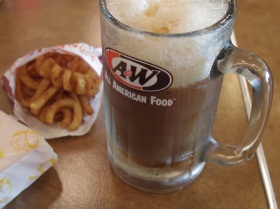 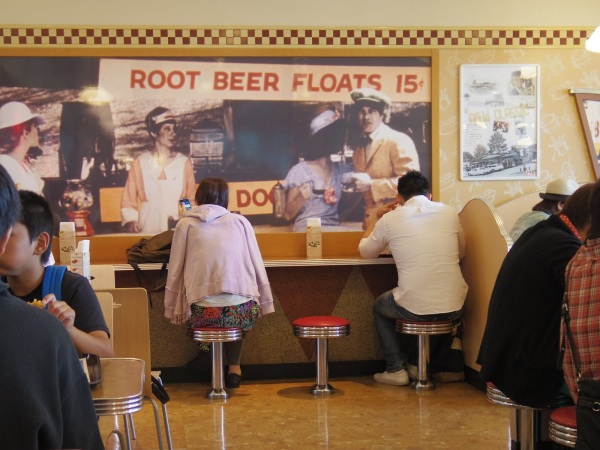 Later we went downtown to Kokusai-dori, which is a major tourist spot in Naha City. I’d actually never been there before because every time we’re in Okinawa, we go straight to my grandma’s place and with so many relatives to see and say hi to, we ended up spending most out time with family and end up missing all the touristy places. Which is totally fine, since that’s what we come here for.
But I have to say, I was curious what Kokusai-dori was all about.
It ended up being just a whole bunch of souvenir shops and restaurants. But it was fun to see everything. Also, they had the scary looking Shiisa statues at the entrance. They are like the koma-inu that guard temples and shrines. Pretty much every house in my grandma’s neighborhood had these shiisa statues. They are usually places at the entrance of the property wall or the driveway to ward off evil.
Don’t you love how fierce they look? 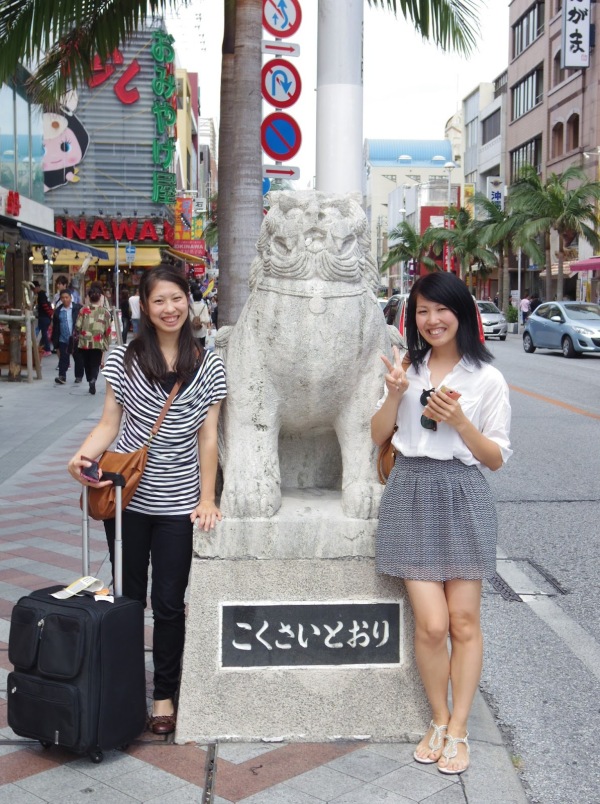 4 thoughts on “The All American Food”