Did you know you can find a tiny piece of Tunisia in Kobe?
One of the things I love about conversation with my friends in Kobe is that our topics are far and wide. It goes from toddlers to Irish law…and in this case, couscous! I happened to mention that I’ve only had it once and didn’t know how to prepare couscous. Apparently V’s sister makes an amazing couscous dish and one thing led to another and we ended up having lunch at Cafe Chameau.
How much do you know about Tunisia?
I personally didn’t know very much about Tunisia, except that they have a soccer team that Japan has played in a past World Cup. So I did a little research (i.e. google) and learned that Tunisia is a North African country that sits snug between Algeria and Libya. Previously part of the French colony, they became independent in 1956. And despite political turmoil at times, their gorgeous beach resorts seem to remain a favorite destination among many Europeans (I can see why!). Obviously, this is like saying Japan is an island and Tokyo is the capital city…but we all have to start somewhere, right?
The friendly Tunisian owner of Cafe Chameau welcomed us into the restaurant. Because my friends are French, that is what they spoke. Later he switched over to English for me and showed me pictures of his daughter who also already speaks Arabic and Japanese. So many languages…I love it.
For lunch, I of course chose the couscous set, which was full of delicious spice and vegetables. So good! Also, perfect dish for a vegetarian (especially if you have a friend like V, who ate the meat for me!). Oh and can I tell you how much I loved the sweet mint tea? Mmm! I’m definitely coming here again next time I’m back in Kobe.
Have you ever tried a Tunisian dish before? What do you think? x 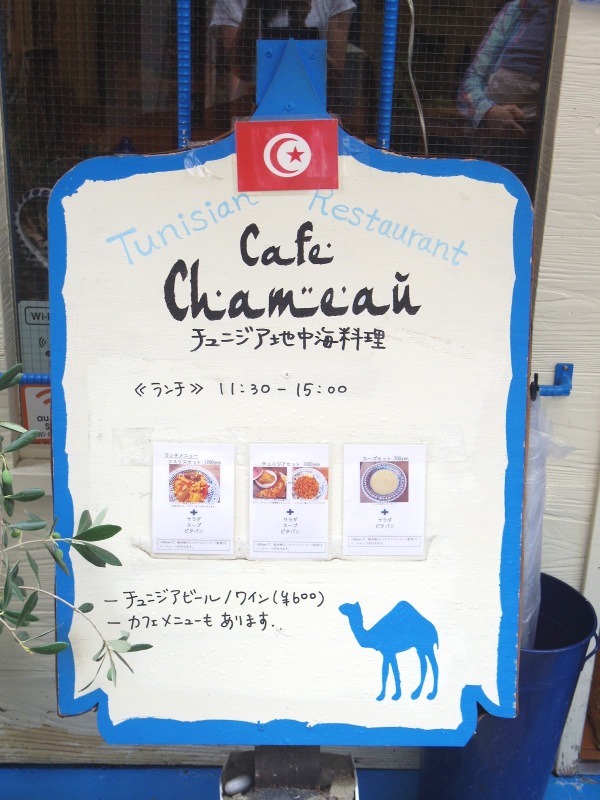 Look for the Tunisia flag and this restaurant sign! 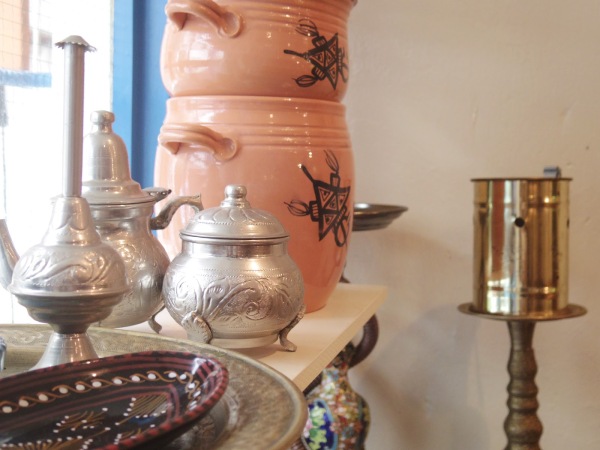 Loved this little corner filled with various Tunisian goods, some of which you can buy.

This is the lentil soup and pita bread with a bit of mechouia, part of the couscous lunch set.

The flavorful couscous dish! It was super filling, too! 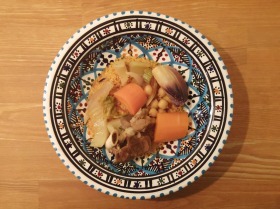 Not only is the food delicious, the dish itself is gorgeous as well. 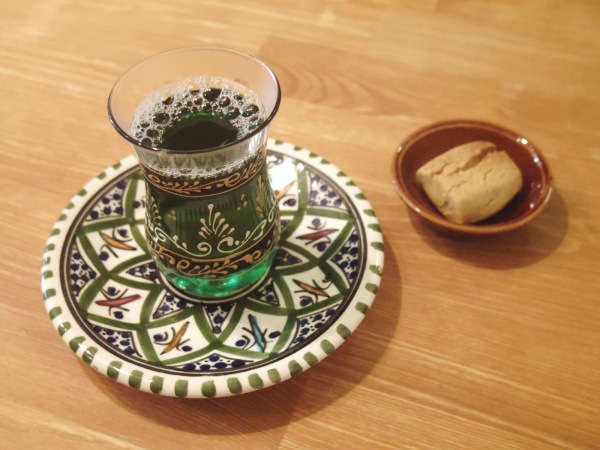 8 thoughts on “The Tunisian Restaurant Cafe Chameau in Kobe”