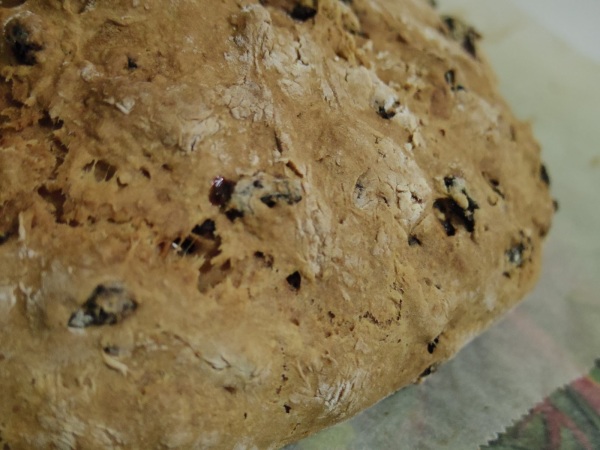 Spotted Dick…that’s right, this lovely bread is called Spotted Dick in Ireland.
According to the recipe I used, it seems that sometimes it is also called Spotted Dog. But it’s really hard to get over the original name. I just couldn’t get my mind around it but according to Wikipedia it seems that “spotted refers to the dried fruit (which resemble spots) and dick may be a contraction or corruption of the word pudding (from the last syllable).”
What do you think? I can under stand how spotted refers to the raisins but the word pudding? That story sounds kind of spotty to me.
But enough about the awful name. The bread was delicious. And quite simple, too. You can probably tell from the pictures that I added a just a liiiiiiiiittle more raisins than the recipe called for. But I love raisins and I couldn’t help myself. And it turned out just how I like it, crispy on the outside and munchy on the inside. Yay!

4 thoughts on “The Bread with the Awful Name”