Turning 29 is pretty big.
That last year in my twenties.
So when I looked at the calendar
and saw that my birthday was on a Sunday
I decided it was now or never…
to welcoming my birthday on top of Mt. Fuji.

My sister drove out from Ibaraki in her tiny car
and she picked me up and our amazing friends, K and T.
We set the car navigation and we were off! 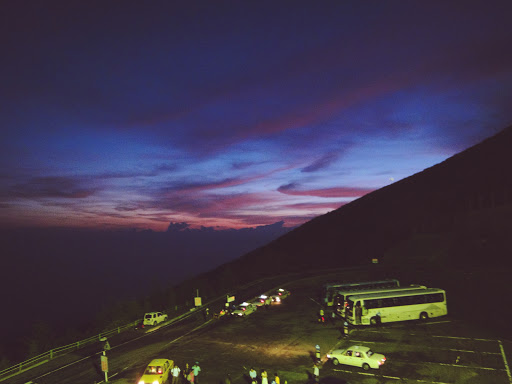 Our plan was to start climbing from the fifth station
(which is where most people start their climb).
It’s said that it takes about 6 to 8 hours
for an average person to climb to the top of Mt Fuji.
So we started our climb at 9pm
to make it in time to see the sunrise at 4am. 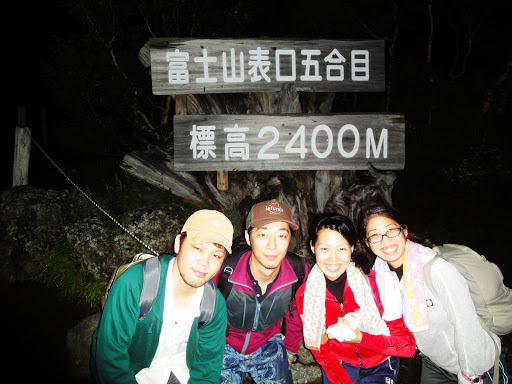 Group picture at the start of the trail 😀

Here we are resting at the sixth station…still excited and full of energy!

We stopped often to rest
throughout our climb in the dark.

But truthfully it wasn’t dark at all
because we had a full moon (or nearly).

And thank goodness it didn’t rain
because we weren’t prepared for it at all.

But I was extremely prepared for the cold
(because I HATE being cold).

Unfortunately my pals weren’t as prepared.

By the time we got to the eighth station, it was extremely cold.
So we huddled together every time we took a break.

*Do Not Underestimate How Cold Mt Fuji Gets (even in the summer)!

We took a break and slept a bit under that torii.

From the ninth station, there was a HUGE traffic jam.
Apparently this is due to people, who were staying in the lodges
in the ninth station (there are two), that start their climb
in addition the the others already climbing.
Also the path gets quite narrow.
There was a lot of waiting around in line
as the sky turns lighter and lighter.
Perfect time to take photos, am I right? 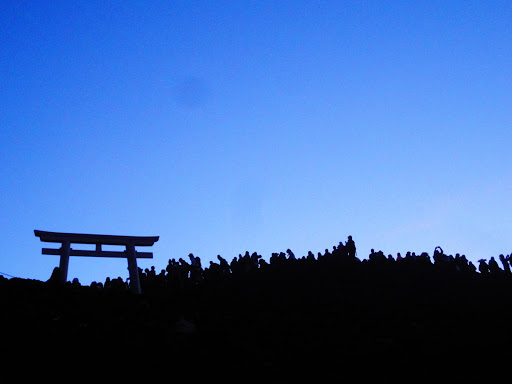 That torii marks the peak of Mr Fuji. 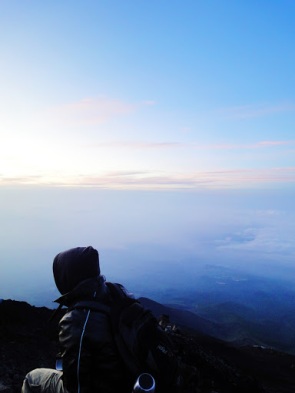 We made it to the top with a million other people to see the sunrise! 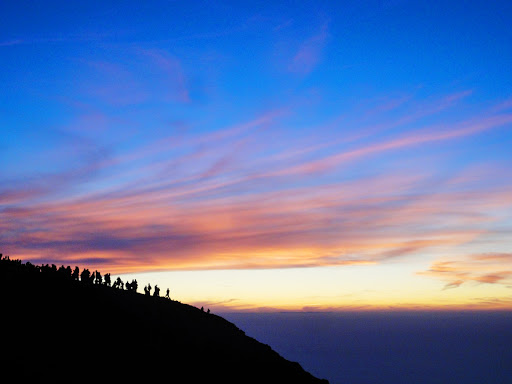 My birthday sunrise was gorgeous…GORGEOUS!!! 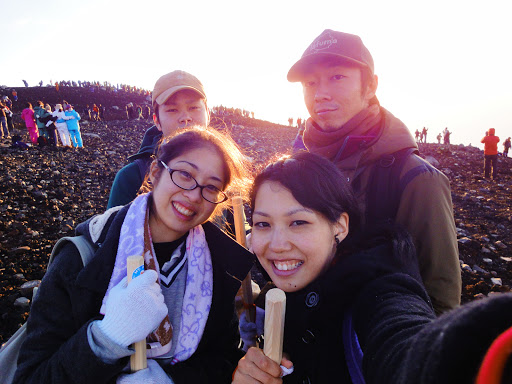 Here we are after almost eight hours of climbing the tallest mountain in Japan!

The morning sunlight in my hands! 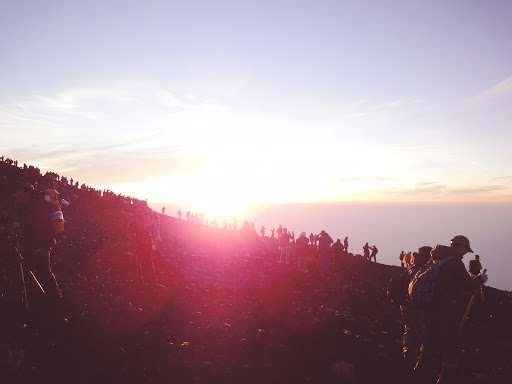 The sunrise was amazing.
It never occurred to any of us but
apparently depending on the weather
there are times when you can’t see the sunrise.
Thank goodness this wasn’t one of those days.
There were so many of us up there.
All looking towards the sunrise.
It felt amazing. 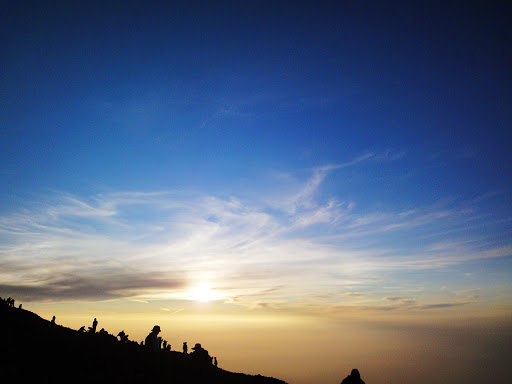 So happy we invested in climbing shoes.

There is an Asama Shrine at the top of Mt Fuji. 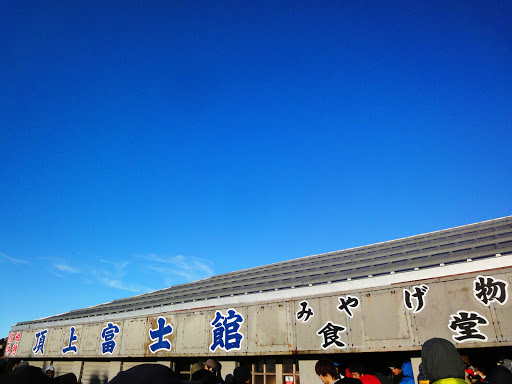 We were all pretty tired
but our eyes were on the prize.
Akai Kitsune udon!
This instant noodle is usually about 100 yen
BUT… here it’s a whopping 800 yen!
Although to be fair, it includes the boiling water, too.
And no one hesitates because we’re all too cold and hungry.
It was money well spent. 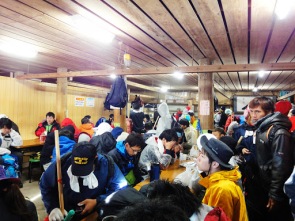 We were at the top of Mt Fuji for awhile.
I even got birthday presents!

I do realize I’m super lucky to have friends
who are willing to climb this mountain with me. 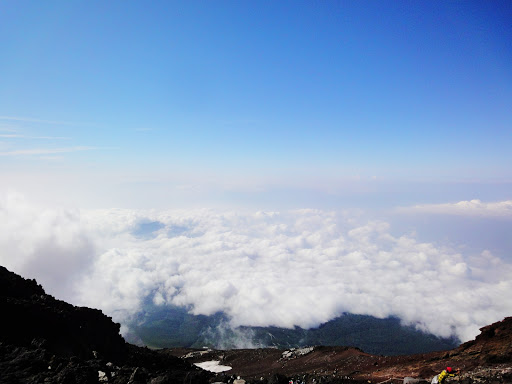 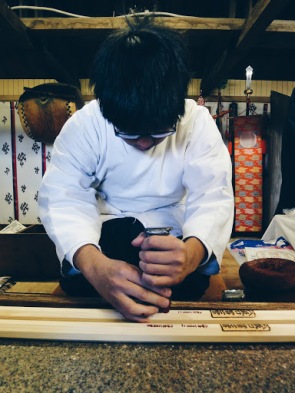 We had all gotten climbing sticks at the sixth station.

You can get it stamped at every station
but we were too intent on climbing to stop.

So we all decided to get a stamp at the very top, which we did!

We couldn’t really tell in the dark.

But when the sun came out…
it was clear that Mt Fuji is a volcano.

Look at that mountain side!

The moths up here are so bright and colorful!

You wouldn’t believe it but
I got altitude sickness…on the way down!
I felt awful.
I wanted to throw up but I couldn’t.
The headache was raging something fierce.
I pretty much cried my way down the mountain.
And my dear sister and friends
were cool with it.
You know you have friends for life
when they stick with you even when you’re gagging.
It was quite the experience. 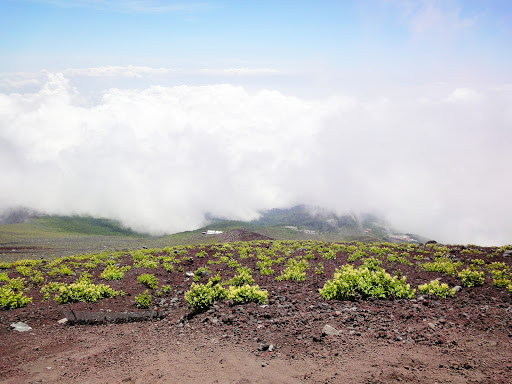 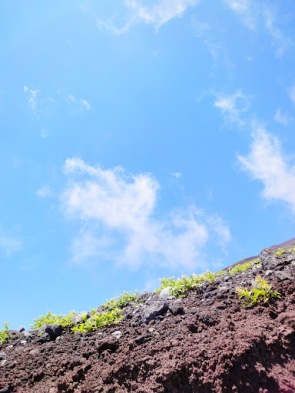 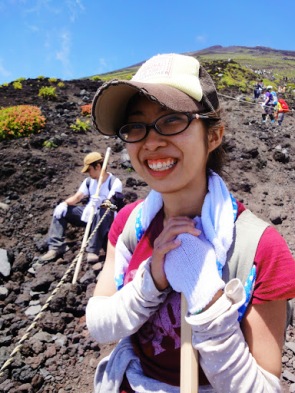 You’ll notice I didn’t stop taking photos.
Even when I was feeling my worst
I knew that I would want photos of everything later.
Also, the process of taking a photo
kind of took my mind off of feeling like shit.
It was gorgeous though.
Seriously breathtaking views.
I loved everything.
Especially since the more we descended
the more I started feeling better.
Whew!

Here we are on the same bench we started out
the night before at the sixth station.

But also super excited
that we actually made it up there!

And also made it back down!
Whoop!

Despite the cold, exhaustion and all the gagging
this was DEFINITELY the best birthday ever!

Happy Twenty Ninth Birthday To Me! 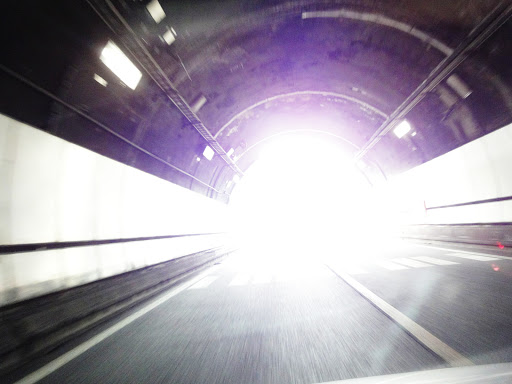